Highlife veteran, Kofi B has been reported dead according to multiple sources,the ace highlife artiste has not been well recently.
According to sources, the artiste died during the early hours of Sunday, February 2
This information was revealed by a credible source close to the ace Highlife musician, Kofi Boakye Yiadom.
Kofi B is known for hit songs such as Mmbrowa, Bantama Kofi Boakye, Koforidua Flowers among others and has won several awards with his hit singles. 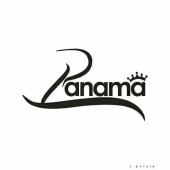 WhatsApp to let businesses display product catalogues on their profiles

Minority to drag IGP to Parliament over 3 kidnapped Takoradi girls

Medikal opens up on cheating on Sister Debbie